Being a cricket fanatic, we always stick to our screens whenever there is a live international match airing. What intrigues me the most is the fact that, these players who either bowl out or get bowled out on the field have already been clean bowled in their lives off-field. Isn’t it??

Only a woman has an ability to do that without even playing the game. Today, we have come up with an interesting list which highlights famous Indian cricketers who married the love of their life. Infact, they chose a partner of non-glamorous career background, being so popular themselves.

Let’s take a look at these beautiful wives of Indian cricketers.

Wives of Indian Cricketers are no Less than Bollywood Divas

Suresh got married with Priyanka Raina on April 3, 2015. Priyanka is working with a banking industry and also handles her collaboration with various NGOs and foundations. She also introduced the Gracia Raina Foundation (GRF) which is named after the couple’s daughter, Gracia.

Gautam married his childhood friend Natasha in 2011. In an interview, she studied in GD Goenka, then did BBA, and then did short courses in gemology, and advertising and PR.

Dhoni and Sakshi’s love story, we all know and all thanks to Dhoni’s biopic. In 2015, the couple was blessed with a baby girl and they named her Ziva.

Ajinkya’s is married to Radhika who is a childhood friend, and as they grew up, they eventually decided to get married.

Manoj and his wife Sushmita were seen spending some quality time together. The couple met through a common friend and have known each other for a long time.

Ashish married his long-time girlfriend Rushma who is originally from London. In an interview, Ashish told a news portal that Rushma is his greatest support who keeps him positive all the time.

Shreyas Talpade & His Childhood Friends Come Up With A Coronavirus...

Manipur gearing to receive special train with 1,141 from Chennai 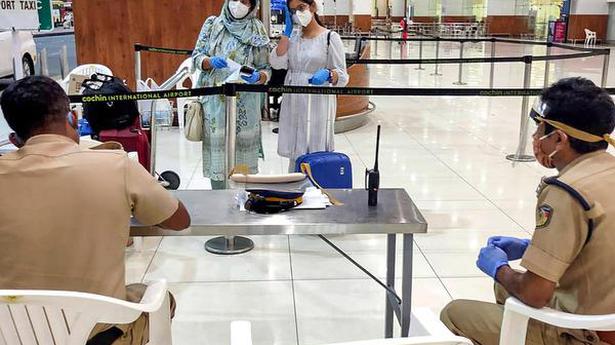 Comment | Reverse flow of large numbers will pose a serious...

Hrithik Roshan Fans! Krrish 4 Has An Update, Hear It From...