The Centre had released funds in advance to make preparations to handle possible floods and purchase materials required to evacuate people. The fund would be utilized for taking up activities/facilities to provide shelter to flood affected people. The fund would be used for the repair and restoration of roads and embankments. Under the State Disaster Response Fund (SDRF), the Centre allocated ₹1,054 crore to the State in 2020-21 and had released ₹395 crore so far, he told presspersons here on Friday.

The Minister said 6.5 lakh hectares of crops were destroyed in last year’s floods and compensation of ₹1185 crore had been released to farmers’ bank accounts. A sum of ₹557.67 crore had been released for construction of houses, which were either partially or totally damaged during 2019 floods. He would write to DCs and block level officers to take steps for expediting construction of houses before the onset of monsoon, he said.

WHAT! Shah Rukh Khan Was About To Jump From His Balcony...

“In America, I Was Asked To Leave My Culture; In India,...

Jackie Chan Says That ‘Rush Hour 4’ Will Happen, But Only... 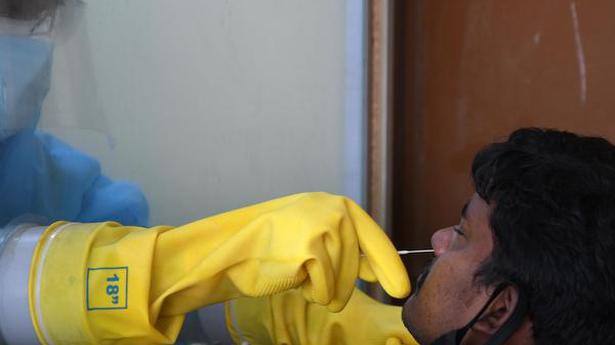