K.S. Eshwarappa, Minister for Rural Development and Panchayat Raj, said on Friday that a detailed discussion on the issue of an FIR being filed against Congress interim president Sonia Gandhi by the Sagar police would be held during the forthcoming meeting of the State Cabinet.

He told presspersons that though he was personally pained by the criticism levelled by the Congress using its Twitter handle against the way in which Prime Minister Narendra Modi has handled the COVID-19 situation, he would respect the democratic rights of Congress leaders to express their views against the government.

“When Indira Gandhi was Prime Minister, Atal Bihari Vajpayee who was in the Opposition then supported her on issues related to the nation’s interest. We expected similar cooperation from the Congress in the ongoing fight against COVID-19,” he said.

Mr. Eshwarappa said the complainant in this case had approached the Sagar police on behalf of a large number of people who were “hurt by the false charges” levelled against the Prime Minister and the Centre. “The legal system of the country that has given the Congress the right to criticise the government has also endowed the complainant a similar right to file complaints against any individual or organisation that indulges in spreading rumours and tries to mislead people. The police here promptly discharged their duty and it is unfair to criticise them over it,” he claimed.

Referring to the memorandum submitted by the Karnataka Pradesh Congress Committee to the Chief Minister for withdrawal of the FIR, he said all the dimensions of the issue would be discussed in detail during the Cabinet meeting. 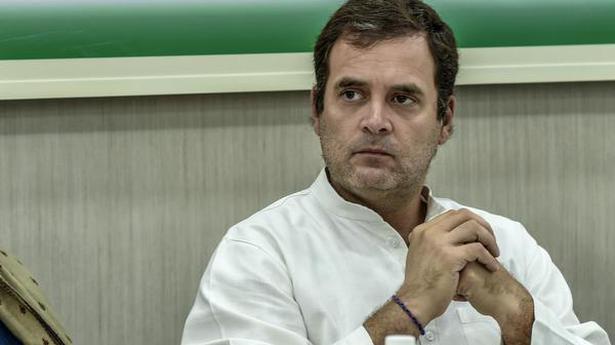 Analysis: Conditions that led to formation of government in Maharashtra are intact though BJP, it appears, is happy to fish in troubled waters

Kasaragod Collector in quarantine after journalist tests positive for COVID-19

Not Deepika Padukone But Prabhas’ Nag Ashwin Directorial To Have Kiara...

‘Pyaar Karona’ Because Salman Khan Is Making His YouTube Debut With...

Vicky Kaushal Is One Cloud Nine As He Clocks 7 Million...