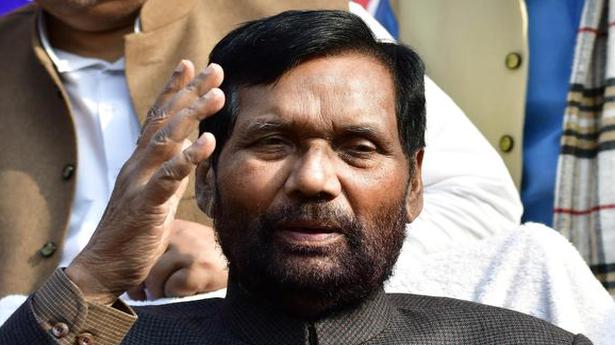 Speaking to The Hindu, Mr. Paswan said, “This is a historic step and I would congratulate PM Modi for this. I would urge the State governments, who have not so far distributed the entire allocated amount of food grains, should immediately pick up necessary food grains from the nearest FCI godowns and distribute it to the needy.”

The opposition parties and activists working in the field of food rights however, are not equally impressed.

“Bowing to people’s protests, the Modi government has extended the provision of 5 kg grains free for 80 crore people for next 5 months. This falls far short of the required 10 kg per month for six months to all needy to prevent hunger deaths,” CPI (M) general secretary Sitaram Yechury tweeted.

His colleague and CPI general secretary D. Raja questioned what was stopping the government on universalising public distribution at a time of crisis and especially when government godowns have stocks far exceeding the buffer stock range.

“The PM for the first time has admitted to huge devastation of livelihood of people, growing hunger crisis and mass unemployment. At such a time, the least he could have done is double to quantity of food grains for each household. He didn’t say a word about the cash transfers or even extending the scope of Mahatama Gandhi National Rural Employment Guarantee Act,” Mr. Raja added.

Taking a dig at the BJP, Congress leader and Rajya Sabha MP Jairam Ramesh said the UPA legacy of National Food Security Act has become the nation’s lifeline. “Two laws, the MGNREGA of 2005 & National Food Security Act (NFSA) of 2013, a legacy of the Congress-led UPA is now the nation’s lifeline. Much maligned by PM, but COVID-19 has led to climate change!!!” he tweeted.

Associate Professor of Economics and food rights activist Reetika Khera said that while extending the food entitlements is a welcome move and a big relief, the Prime Minister didn’t speak about the Atmanirbhar Bharat scheme under which eight crore migrants, who are not covered under the National Food Security Act, were provided food grains for two months.

“We don’t know the status of that, and in any case they should be added permanently for us to meet our legal obligations under the NFSA which mandates coverage of 67% of the population. Eighty-one crore is approximately 60% only,” Ms Khera said. She further added that there is an urgent need to reach out to many gig economy workers, street vendors, auto drivers, taxi drivers and so on, who otherwise managed on their own but are in need of support right now.

The Right to Food Campaign in a press statement said it is “anguishing to note” that no policies have been announced for those without ration cards or those who are additionally included by State governments through State schemes.

“Most often it is the poorest and most marginalised who are left out of the PDS due to not possessing the necessary documents to acquire a ration card,” the statement said. The only way to ensure that nobody is excluded from the PDS is to universalise it, allowing everyone who wants rations to access them,” the RFC said.

The group has also argued that dal and edible oils should also be made part of monthly entitlements. “It is unacceptable if even a single person died of starvation in our country when the godowns are overflowing,” the statement added.

Pandemic forces homestays in Kodagu to register themselves

Shah Rukh Khan On Completing 28 Years In Bollywood: “I Believe...

Adidas says at least 30% of new US positions will be... 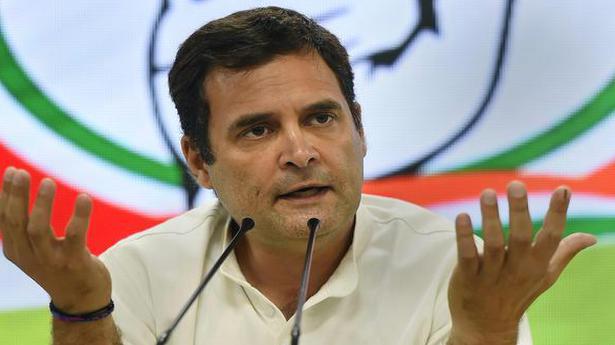 Coronavirus | India’s response will be new case study in Harvard...

CBI books former HSCL CMD and others in bribery case