The Sattankulam custodial deaths of father-son duo P. Jeyaraj and J. Benicks could have been probed without the CBI’s interference, if only the State government had complied with a 2006 Supreme Court directive in letter and spirit and constituted a State Police Complaints Authority (SPCA), headed by a retired High Court judge, say activists.

Senthil Arumugam of Satta Panchayat Iyakkam pointed out that the Supreme Court, in the Prakash Singh versus Union of India case, had on September 22, 2016, directed all State governments in the country to constitute SPCAs within three months to probe allegations of serious misconduct such as deaths, grievous hurt or rape in police custody.

The court made it clear that SPCAs should be headed by a retired judge of the Supreme Court or High Court and that he/she could be selected from a panel of names proposed by the Chief Justice of the High Court concerned. However, no such norms were followed in Tamil Nadu and an SPCA was constituted under the chairmanship of Home Secretary, he rued.

Activist-advocate A.P. Suryaprakasam said no one was aware of the constitution of an SPCA in Tamil Nadu until he filed a public interest litigation petition in the Madras High Court in November 2019. “Only when my case was listed for admission before a Bench led by Justice M. Sathyanarayanan, a government order (GO) issued on November 14, 2019, was produced,” he said.

“The G.O. issued by the Home (Pol- VIII) Department stated that an SPCA had been constituted with the Home Secretary as its chairperson and Director General of Police as well as Additional General of Police (Law and Order) as its members. Shocked to read it, I insisted on appointing a retired High Court judge. The case is still pending for the government to respond,” he pointed out.

His counsel M.L. Ravi of Desiya Makkal Sakthi Katchi, said that Kerala had constituted an SPCA headed by its former High Court judge V.K. Mohanan and it had also decided to appoint an independent investigation officer, from among top police officers who had never served in Kerala, to assist the authority in probing complaints of police brutality.

“Even Puducherry has constituted a Police Complaints Authority chaired by former Madras High Court judge G. Rajasuria. I don’t understand why the Tamil Nadu government has been hesitating to follow suit, despite a specific Supreme Court direction issued way back in November 2016. Only an independent authority will help gain people’s confidence,” he said.

He went on to state that the Supreme Court had further ordered for the constitution of district-level police complaints authorities headed by retired district judges to probe complaints of extortion, land/house grabbing and other such abuses of authority. However, in Tamil Nadu, even these authorities had been constituted under the chairmanship of Collectors, he lamented. ‘The Big Bull’ OTT release is an experiment whose time has... 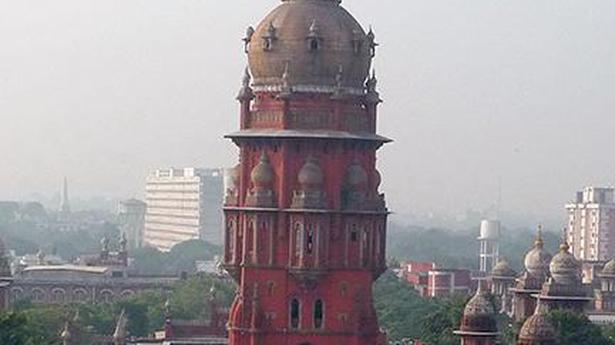 HC directs ICMR to verify claim on effectiveness of drug in...

Ramadoss calls for scaling up number of COVID-19 tests