India has reached out to Pakistan to counter a locust invasion which threatens to destroy crops and undermine food security in south and southwest Asia — a region where the COVID-19 pandemic has already disrupted farming.

With 2,940 cases recorded by Maharashtra alone, Friday marked yet another new high in daily COVID-19 cases. Data from State health departments show that with the addition of 6,510 cases, there have been a total 1,24,525 confirmed cases with 69,140 active infections and 51,666 recoveries country-wide.

In the crucial months of February and March, the Gujarat government was focused on preparing for the ‘Namaste Trump’ event and the Rajya Sabha elections.

All airlines have made the government’s contact tracing app Aarogya Setu a mandatory pre-requisite for booking a flight despite concerns over privacy and data surveillance due to ambiguities in the Centre’s guidelines for resumption of air travel from May 25.

If the world is to gain access to a vaccine for COVID-19, there is a good chance it will pass through the doors of the Serum Institute of India here.

That India would see a decline in new COVID-19 cases by May 16 was a “misinterpretation,” V.K. Paul, who leads the government’s COVID committee on managing medical emergency, said at a media briefing on Friday.

Rajasthan Deputy Chief Minister Sachin Pilot on Friday accused the Bharatiya Janata Party (BJP) government in Uttar Pradesh of indulging in “political gimmicks” on the issue of the Congress offering to provide buses to ferry migrant workers during the COVID-19 lockdown.

China has for the first time in 30 years scrapped announcing an annual GDP target, underlining the severe economic challenge facing the world’s second largest economy in the midst of the COVID-19 pandemic.

Nepal’s new official map is based on historical documents dating back to the early 19th century and cannot be termed artificial, a top representative of Kathmandu said on Thursday

A special National Investigation Agency (NIA) court on Friday extended the judicial custody of Anand Teltumbde, an engineer and Indian Institute of Management graduate who used to teach at the Indian Institute of Technology (Kharagpur), arrested by the agency on April 14 in connection with the Elghar Parishad case, till June 5.

The International Cricket Council’s Nominations Committee is set to formalise the election procedure for the post of chairman at a meeting on May 26.

Worldwide data show that annually 15 million people die from a NCD between the ages of 30 years and 69 years.

The inhabitants of the sinking island of Mousuni woke up to a bright sunny morning and an unusually calm sea on Friday, two days after Cyclone Amphan wreaked havoc on the island.

Facts About Lok Sabha – How much do you know about... 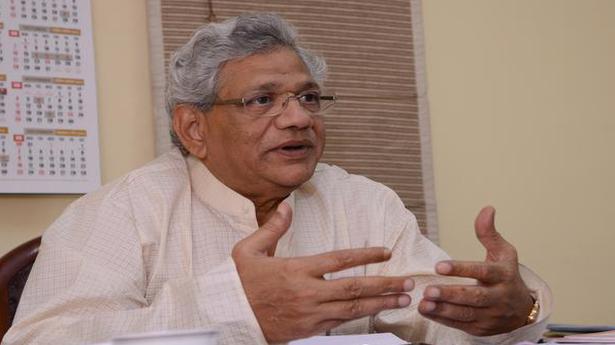