Owing to the coronavirus pandemic, movie theatres and public spaces have been shut down as a precautionary measures. Several films have taken the digital route in these past months. And now, Mahesh Bhatt’s film ‘Sadak 2’ will also be premiering directly on digital.

The much anticipated film marks the comeback of Mahesh Bahtt as a director and features his two daughters Alia and Pooja Bhatt along with Aditya Roy Kapur and Sanjay Dutt.

The film was originally scheduled to be released in cinemas on July 10.

“It (number of COVID-19 cases) is increasing day-by-day instead of subsiding. In this situation do you think the theatres will open? And even if they do and ‘Sadak 2’ is released, will people go to watch it? People have to protect their families. Today, life is more important,” the film’s producer Mukesh Bhatt told a news agency.

‘Sadak 2’ is a sequel of sorts to the 1991 film starring Pooja Bhatt and Dutt. The two actors have reportedly revived their characters in the 2020 version.

The makers stated that while the ambitious project was created for the big screen they have no option but to release it on a digital platform.

“I am compelled to come (on the digital platform) because I don’t see any light in the near future. This is the best I can do to survive. There are certain things that you do, not out of choice but out of compulsion. This is the only option left. It is a no-brainer,” Mukesh Bhatt added.

Mukesh Bhatt said both filmmakers and audiences would prefer a big-screen experience and the trend of the digital premiere is ‘temporary’.

“Now that films are releasing on OTT, it doesn’t mean theatres will shut down. People need the outing, big-screen entertainment is fun. It is a temporary phase. We need to understand it rationally and not blast or put each other down. We should lift each other up.

“I have got no option, so I will definitely consider OTT. We have not made this film to put it in lock and key. We want to bring it to people so that they enjoy the film,” he added.

Interestingly, the filming of ‘Sadak 2’ still remains. Mukesh Bhatt stated that two-day shoot was left when the lockdown was announced. The shoot will now begin next month and post production work will take place simultaneously to release the film digitally. 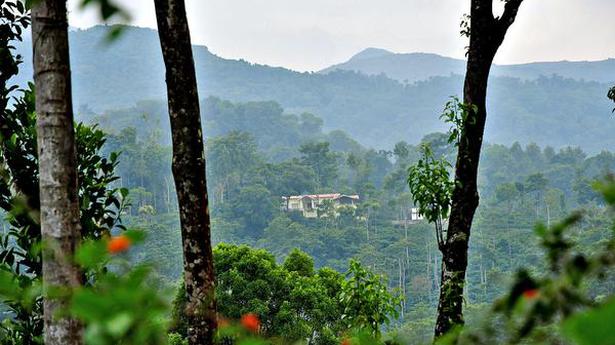 Pandemic forces homestays in Kodagu to register themselves

6 words which you will hear only in Lucknow Eateries in T.N. see poor patronage on day one of reopening

Top 10 most influential black supermodels in the world

Shah Rukh Khan’s next to be social comedy with Rajkumar Hirani?