An encounter broke out between security forces and militants in Sopore area of Baramulla district of Jammu and Kashmir on Thursday, police said.

Security forces launched a cordon and search operation at Hardshiva in Sopore area, of north Kashmir, this morning after receiving specific information about the presence of militants in the area, a police officer said.

He said the search operation turned into an encounter after terrorists fired upon a search party of the forces, who retaliated. The exchange of firing is going on and further details are awaited.

‘The Teenage Mutant Ninja Turtles’ to get big screen adaptation

Priyanka Chopra is joining Keanu Reeves in ‘Matrix 4’ and the... 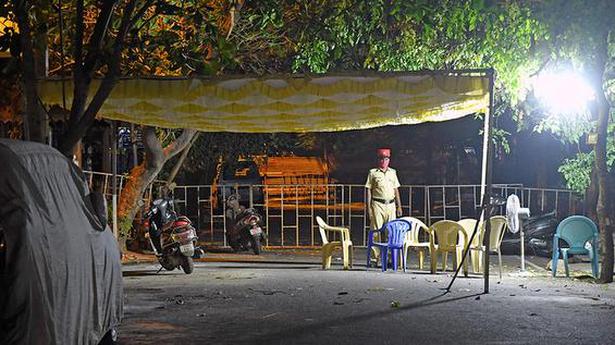 Manoj Bajpayee On ‘Bhonsle’ Releasing On OTT: “I Have Been Screaming...

Neena Gupta On Why She Considers Herself ‘Little’ Successful: “I Am...

Many districts continue to witness a surge in infections