If you are looking for something to enhance immunity in these COVID times, go to the Adivasi Aaharam outlet about 500 metres from Utnoor crossroads towards Utnoor in Adilabad district. Ask for ‘corona’ tea to get a shot of the hot decoction laced with a mix of ginger, basil leaves, turmeric, cloves, cardamom and lime juice.

Yes, the corona tea, so named only to be in tune with the current times by the aboriginal women members of the Bheembai Adivasi Mahila Sahakara Sangham, Utnoor, is among the latest additions to the menu. The group is among the few entities not only to remain ‘unscathed’ by the ill effects of lockdown but to be back in the business with a bang.

On June 29, project officer of Integrated Tribal Development Agency (ITDA), Utnoor, Bhavesh Mishra inaugurated the new items on the menu of Adivasi Aaharam, the traditional Adivasi snack of former united Adilabad district, the ‘garkang’ made of urad (black gram) and moong (green gram) called ‘udupul garkang’ and ‘pesal garkang’ respectively besides the ‘jonna ghato’ or jowar cooked as rice and the corona tea. Since the last one year, the unit had specialised only in making of the now popular snacks like laddus out of dry mahua or ippa flowers.

The garkang will be sold in retail at the Adivasi Aaharam and is likely to be purchased by the aboriginal people themselves. “The garkang is an essential item used in traditional pujas twice every month in ethnic homes,” pointed out Kumra Bagubai, president of the Bheembai group.

The laddus, which also help in improving immunity in individuals, will now be served in anganwadis and schools under the four ITDAs in the State, going by what Mr. Mishra had to say to Kumra Vittal Rao, the manager of the Centre for Collective Development, an NGO facilitating ethnic women in getting started up and marketing their products. “The demand will be for 50 quintals of laddus every month in the coming period,” Mr. Vittal Rao disclosed.

“At present, the Bheembai group has a capacity to produce about 20 quintals of mahua laddus per month. We need to more than double this in order to meet the impending order to supply the snack to all the four ITDAs in the State,” he said.

Though the Bheembai group sources its raw material, the dry mahua flowers, from select farmers in the area, it will also purchase it from the Girijan Cooperative Corporation. The ITDA will also supply other ingredients like dry fruits to the group so that its task becomes easier, according to the CCD representative.

How Sushant Singh Rajput Became A Bollywood Star Rising From The... 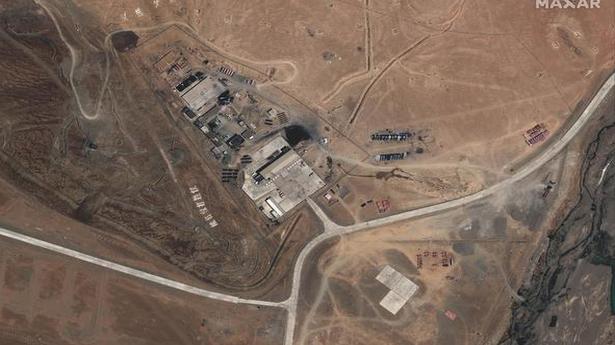 Rajasthan to launch Indira Rasoi Yojana for the poor

Amitabh Bachchan’s HEART-WRENCHING Tribute For Sholay Co-Star Jagdeep: “One By One,...

Ladakh face-off | Why hasn’t India benefitted from your ‘strange bonhomie’...