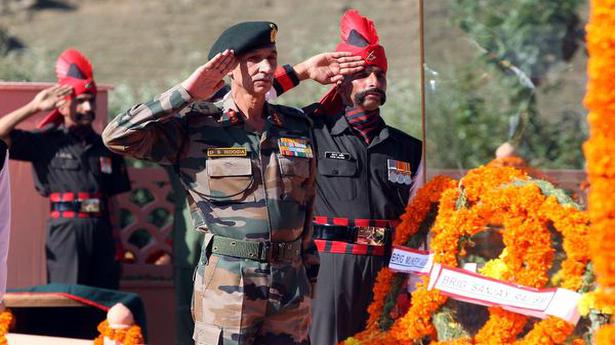 China’s claim over the entire Galwan valley is unprecedented in the history of Indo-China border dispute, experts on the subject have said. The observations that came a day before both sides will hold Corps Commander-level talks at Chushul indicate that China, with its moves in the Eastern Ladakh, has made both the Line of Actual Control (LAC) as well as all the previous confidence building measures irrelevant.

“Galwan was never a dispute in their own maps and their own historical accounts. Part of Galwan was always on the Indian side. They are trying to gain some strategic advantage by saying the whole Galwan valley belongs to them because this is where the Darbuk-Shyok-Daulat Beg Oldie [DSDBO] road is closest to the LAC and also approachable from their side,” said Lt. Gen. D.S. Hooda, former Northern Army Commander.

The Chinese claim on the Galwan valley has come as a surprise to many as this area was not claimed by Beijing in any of the major previous bilateral discussions since the 1950s. The claim hints that China wants to shift the LAC to a more westerly location so that it could be in a strategically advantageous position regarding the sensitive border and military infrastructure in eastern Ladakh. A serving officer on condition of anonymity said the multiple ingress by China in Eastern Ladakh seemed to be an attempt to alter the alignment of the LAC and create new normal on the ground.

Prof. B.R. Deepak of Jawaharlal Nehru University said the Chinese claim over the entire Galwan valley showed Beijing had turned a new page in its understanding of the LAC and the issue could not be dealt through any of the previous agreements.

“The previous dialogues with India probably did not address their concerns and they came to realise a new level of action was necessary and that is why they have made this unprecedented claim on the entire Galwan valley. This is a claim which was not part of the 1962 demand, nor was it part of any Chinese position before that. So it’s an entirely new generation of issue,” said Prof. Deepak. Looking beyond just a testing milestone

Fukrey 3 Is Coming! Makers Of The Franchise CONFIRM Through A...

Alexx O’Nell EXCLUSIVE On Working With Sushmita Sen In Aarya

This is why Matt Reeves’ ‘The Batman’ will no longer be...

Shahid Kapoor Thanks Kabir Singh Supporters: “Where People Are Quick To...